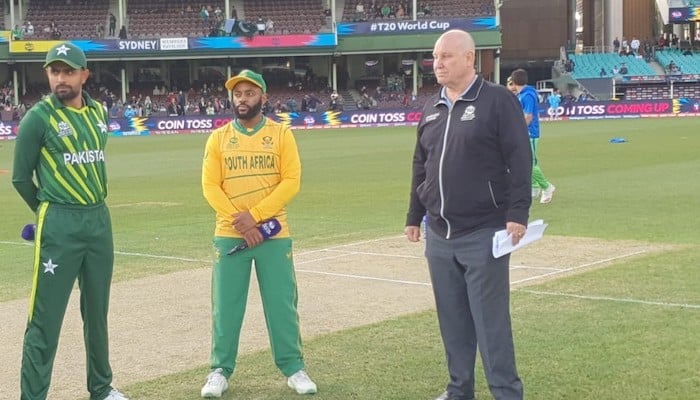 When Pakistan won the toss for their vital T20 World Cup 2022 match against South Africa on Thursday, they decided to bat first.Injured Fakhar Zaman has been replaced by Mohammad Haris in the Pakistani lineup, while back spasms have forced David Miller to withdraw from this game for South Africa. Heinrich Klaasen steps in to take the left-spot.With only two points from three games, Pakistan is positioned fifth in Group 2.

If Pakistan wants to stay in the game, it must first overcome South Africa before overcoming Bangladesh on Sunday. then hope that Zimbabwe or the Netherlands triumph over South Africa or India, respectively, their rivals.