Roze News PAKISTAN Nothing less than the Kashmiris’ wishes should be followed in resolving the conflict, according to PM Shehbaz
PAKISTAN

Nothing less than the Kashmiris’ wishes should be followed in resolving the conflict, according to PM Shehbaz 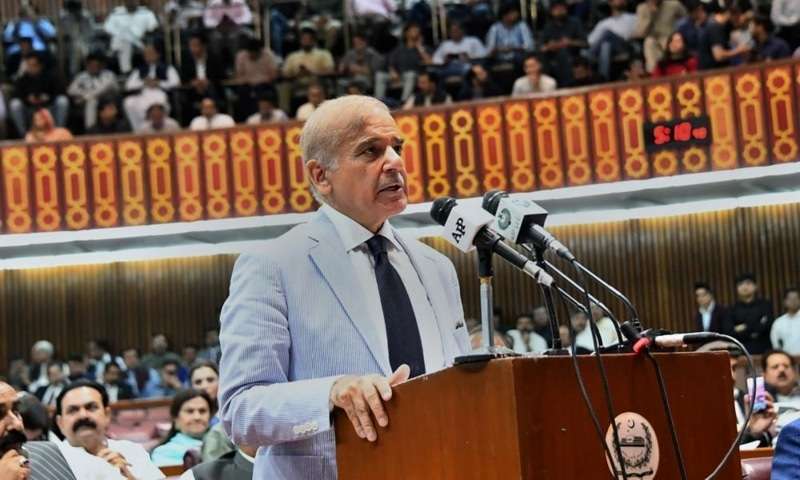 On Friday, Prime Minister Shehbaz Sharif reaffirmed Pakistan’s strong commitment to regional peace but added that “nothing less would suffice” in order to achieve long-term peace in South Asia, which was linked to resolving the Jammu and Kashmir issue in accordance with UN resolutions and Kashmiris‘ wishes.

He told a group of American students at Harvard University, “War is not an option for either of the countries; we desire permanent peace with India via diplomacy.”Shehbaz emphasised the need for competition between Islamabad and New Delhi in commerce, the economy, and improving the lives of their citizens. Shehbaz Sharif stated, “We invest on our military to preserve our frontiers and not for aggression.”

In response to a question regarding the national economy and the IMF programme, the prime minister of Pakistan stated that structural issues and recent political instability are the root causes of Pakistan’s economic predicament. During the first few decades after Pakistan’s founding, he claimed, all economic sectors experienced exceptional growth because there were goals, a strong national will, and systems in place to make them happen.

“We gradually lost the advantage we once had in some industries. National productivity declined as a result of the lack of direction, vigour, and policy implementation “He felt regret.

Police investigation into the abuse of Shahbaz Gill is under way in Islamabad.