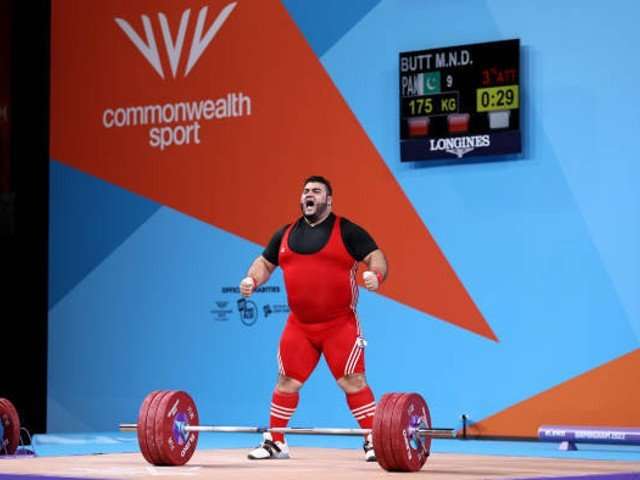 Soon after the Gujranwala-hailed weightlifter claimed his record lift, Pakistanis flooded social media with congratulations for the 24-year-old athlete and showered him with admiration.

A CWG record, in fact. In the last competitions conducted in 2018, Butt also won bronze. Among those who offered their congratulations to Nooh Dastagir Butt was Prime Minister Shehbaz Sharif. In response, Shehbaz tweeted, “Well done, Butt Saab.”

His pictures were shared on Twitter by the Pakistan Cricket Board’s official account, which also hailed him as a champion and wished him more success.