Roze News PAKISTAN Prior to the PTI protest against the ECP, the Red Zone was sealed
PAKISTAN 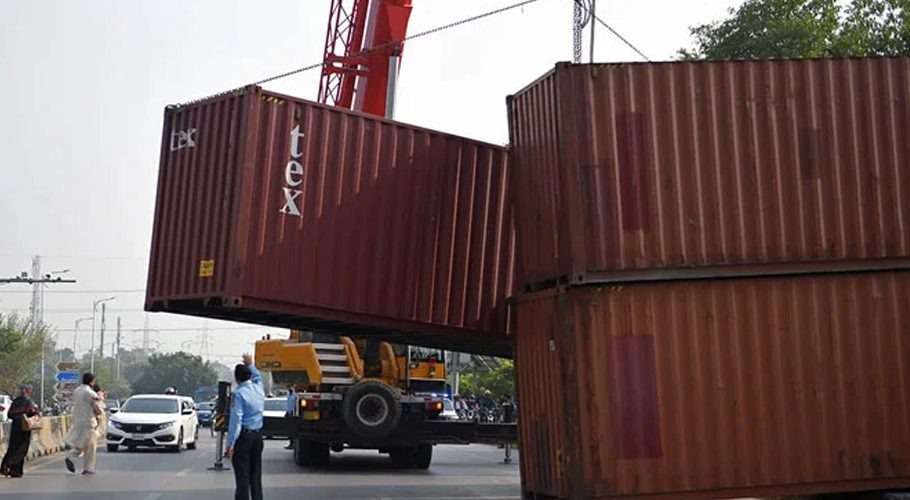 The red zone was shut off and containers were placed at the entrances to the federal capital after the Pakistan Tehreek-e-Insaf (PTI) said that it would protest the Pakistani Election Commission today.

Imran Khan, the chairman of the PTI, had called on his supporters to demonstrate outside the ECP headquarters in Islamabad on Thursday and demanded the resignation of Chief Election Commissioner (CEC) Sikandar Sultan Raja.

Sources claim that any unconcerned individuals and demonstrators are prohibited from entering the red zone. Around the red zone, law enforcement personnel including the anti-riot force, Rangers, the FC, and police will be stationed. Only Margalla Road will be able to access the red zone.

Imran Khan claimed that the electoral body was delaying the funding of the Pakistan Peoples Party and the Pakistan Muslim League-Nawaz (PML-N) (PPP). We will lodge a complaint against the Election Commissioner with the Supreme Judicial Council of Pakistan since he insulted us by referring to us as being foreign-funded, he said.