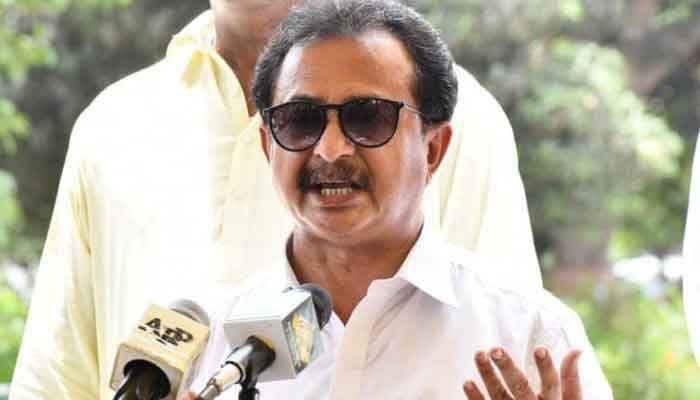 Haleem Adil Sheikh, the head of the Pakistan Tehreek-e-Insaf, was granted bail in a case involving a land grab.

Haleem Adil Sheikh, the head of the Pakistan Tehreek-e-Insaf, appeared before the court as part of a case involving the alleged invasion of government property.

His attorney argued on the bail application and said that Mr. Sheikh had been falsely accused. The attorney appealed, saying “We want to go to trial and the bail request should be approved.”

The court gave Mr. Sheikh bail after hearing the attorney’s arguments and required him to post a Rs. 30,000 fine.

During FIFA World Cup game, US reporter passes away in stadium