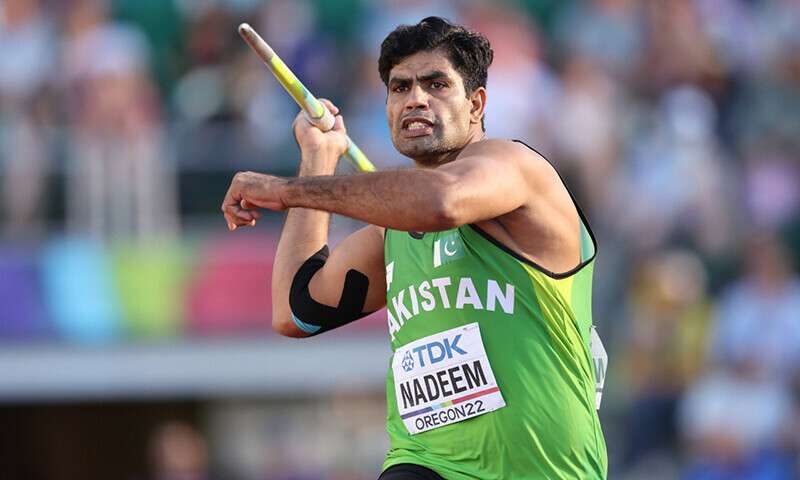 Arshad Nadeem, Pakistan’s outstanding athlete who won gold medals in the javelin throw events at the Commonwealth Games in Birmingham and the Islamic Solidarity Games in Konya, Turkey, has returned home.

Arshad Nadeem came late at night in Lahore on a foreign carrier trip from Istanbul. At the Allama Iqbal airport, he was met with a hero’s welcome from his family, friends, supporters, and Pakistan Sports Board officials. To the beat of the drums, his supporters likewise danced.In an interview with the press, the famous athlete stated that he won gold medals because of the prayers of the Pakistani people.

It is an honour for Pakistan to earn two medals, he remarked. Arshad reaffirmed his desire that Pakistani athletes be given the same treatment as international athletes. He emphasised that if resources are made available, Pakistani athletes can win gold medals in other competitions as well.