Later today, the Islamabad High Court (IHC) is expected to reopen its contempt case against PTI Chairman Imran Khan for his ill-fated comments regarding a female judge who had authorized Shahbaz Gill’s physical detention in a sedition case. At 2:30 pm, the hearing is scheduled to begin.

Following Imran’s tirade against Additional District and Sessions Judge Zeba Chaudhry during a gathering in Islamabad’s F-9 Park on August 20, the IHC opened contempt proceedings against him.

After the first response was deemed “unsatisfactory,” the former premier provided the court with a second one on Wednesday.

At the previous hearing, the IHC had requested that the PTI leader provide a “well-considered” response. But in the altered statement, Imran refrained from offering a full apology.

I have the utmost admiration and respect for this honorable court, its subsidiary courts, and the judge, he said.

The updated statement read: “The respondent [Imran Khan] takes this opportunity to express his deep remorse over his unintended remarks made during the course of his address at a demonstration that was held in response to the tragic news of Shahbaz Gill’s physical torture.

“If the judge’s sentiments have been injured, it is greatly sorry, but the respondent never intended to do so. The statement continued, “The respondent neither intended nor could he think of threatening the lady judge.

Imran gave the IHC his word that he wouldn’t be afraid to apologize to her. Those remarks were never intended to disrupt or have any kind of influence on how justice is administered.

The reply claims that because of his hectic schedule, the PTI chairman was unaware that the judge was the subject of a sub judice matter regarding Gill’s remand, and “after horrible news of physical torture,” he unintentionally uttered these things against the judge. 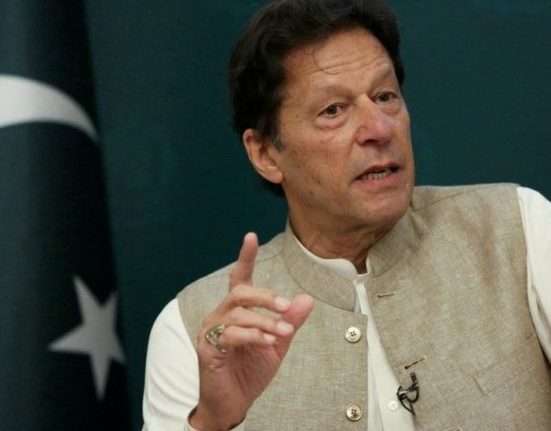