Roze News PAKISTAN After the floods, Pakistan “looks like a sea,” says PM Shehbaz, as 18 more people pass away
PAKISTAN

After the floods, Pakistan “looks like a sea,” says PM Shehbaz, as 18 more people pass away 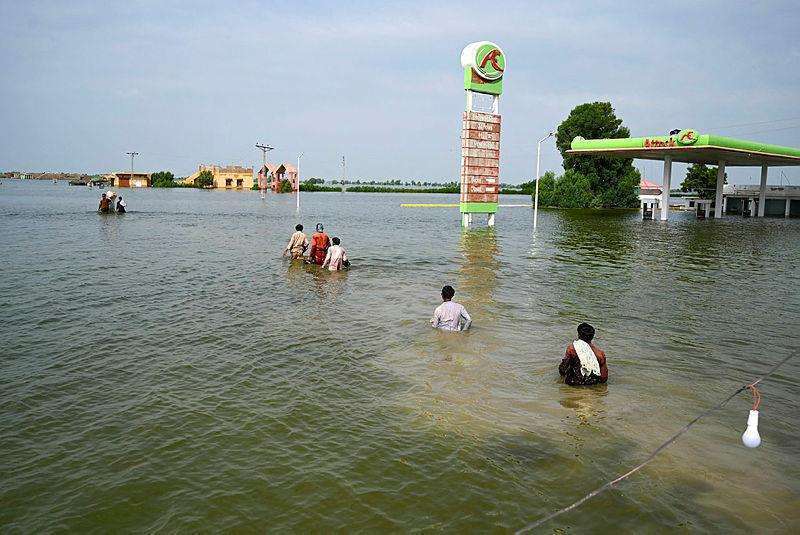 SEHWAN: After touring some of the places affected by the floods that have affected up to a third of Pakistan, where 18 more fatalities brought the total number of deaths from days of rain to 1,343, Prime Minister Shehbaz Sharif said on Wednesday that parts of the country appeared “like a sea.”

A crisis attributed to climate change that has made hundreds of thousands homeless and resulted in losses of at least $10 billion has affected up to 33 million of a population of 220 million.After visiting the southern region of Sindh, PM Shehbaz told the reporters, “You wouldn’t believe the amount of destruction there.

The cost of dealing with this tragedy will run into trillions of rupees.$160 million has been requested in aid by the UN to support flood victims.A big portion of those impacted are from Sindh, where Pakistan’s largest freshwater lake is perilously near to bursting its banks even after being breached in an operation that forced 100,000 people to flee their homes.

IT businesses provide the Alkhidmat Foundation 15 million for flood aid