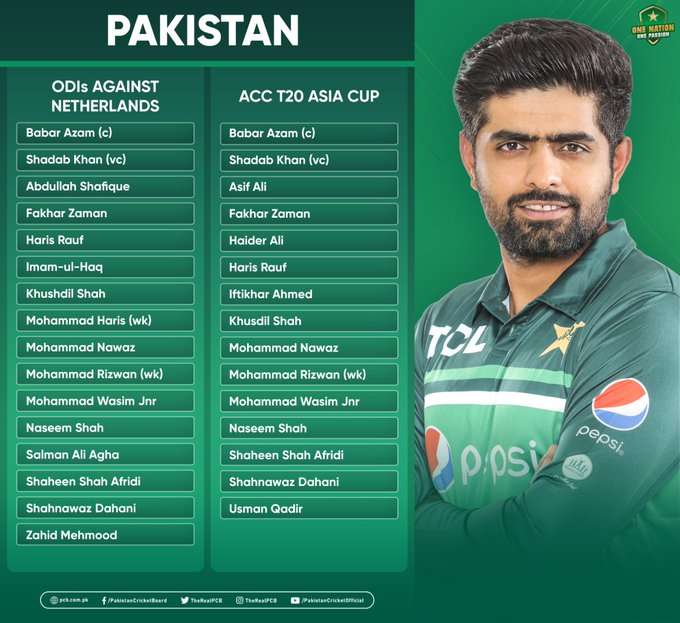 LAHORE: A 15-person team for the ACC T20 Asia Cup and a 16-person squad for the matches against the Netherlands in the ICC Men’s Cricket World Cup Super League were both released by the Pakistan Cricket Board (PCB) on Wednesday.

While the ODI series against the Netherlands will take place from August 16–21, the Asia Cup will be played in the United Arab Emirates (UAE) from August 27–September 11.

Hasan Ali has been replaced in both squads by fast bowler Naseem Shah, and Salman Ali Agha, who travelled to England in 2021 for the ODIs, has been summoned back. The team trainer and physiotherapist will monitor Shaheen Shah Afridi’s recovery process and make the call regarding his comeback to international cricket.

Shaheen Shah Afridi has been kept in the ODI and T20I teams. There will be five changes from the Netherlands ODI team to the ACC T20 Asia Cup team. Instead of Abdullah Shafique, Imam-ul-Haq, Mohammad Haris, Salman Ali Agha, and Zahid Mehmood, Asif Ali, Haider Ali, Iftikhar Ahmed, and Usman Qadir will fill those roles.