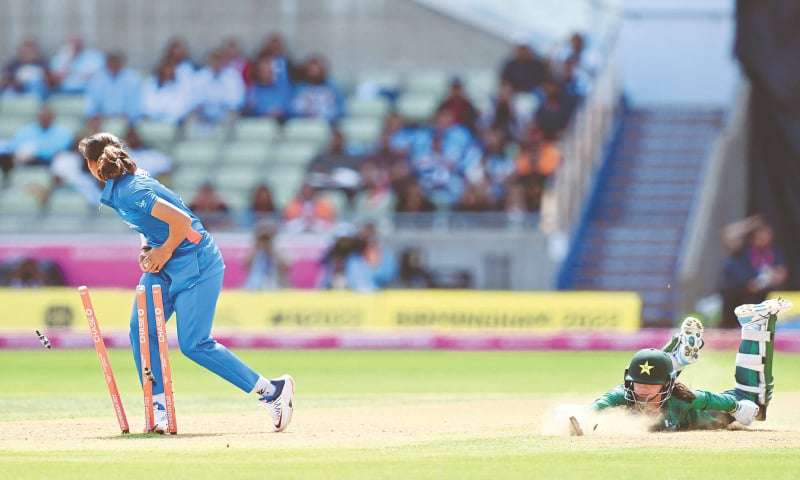 BIRMINGHAM: Pakistan’s women were eliminated from the Commonwealth Games by India on Sunday after their Group A match at the Edgbaston Stadium was postponed due to rain. Pakistan won a key toss and elected to elect to bat first after the game was trimmed to 18 overs for each side owing to a delayed start.

The Pakistani batsmen, however, did not perform to their ability and were bowled out for only 99, a mark that was easily surpassed by India, who had just lost to Australia in their last game. Pakistan’s opener Muneeba Ali continued to lead the team in scoring with a 30-ball 32 that included three fours and a six.

With a 22-ball 18, which included two fours, Aliya Riaz contributed. The biggest culprits were India’s spinners Sneh Rana (2-15) and Radha Yadav (2-18). India quickly reached the target despite only losing two wickets in the 12th over. Smriti Mandhana hit eight fours and three sixes in her amazing 63-run unbeaten innings.

Shafali Verma hit two fours and a six to make a nine-ball 16. Sabbhineni Meghana hit two fours in her 16-ball 14 score. Omaima Sohail and leg-spinner Tuba Hassan both claimed one wicket. Pakistan has now been eliminated from the race for the semi-finals after suffering their second defeat.