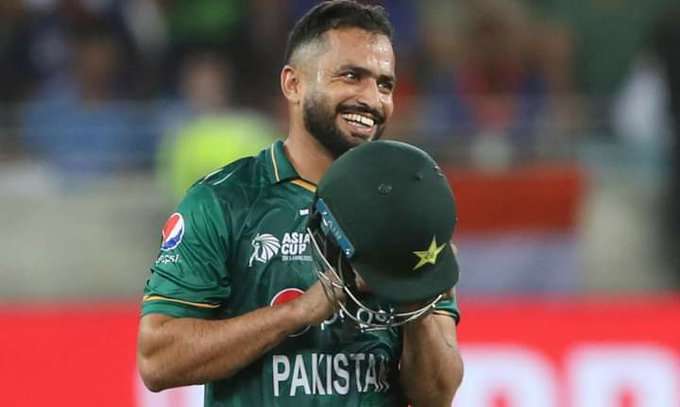 After his outstanding batting performance helped Pakistan defeat India in a thrilling fashion in the Asia Cup Super Four, Mohammad Nawaz says he wants to become a “true all-rounder.”Mohammad Rizwan scored 71 and Nawaz struck 42 as Pakistan set a victory target of 182, which they reached in Dubai with one ball and five wickets remaining.

When the score was 63-2, Nawaz, a left-arm spinner who normally bats at number eight but was moved up to number four, joined Rizwan and the two formed a crucial stand.In his 20-ball innings, Nawaz, 28, smashed six fours and two sixes to get the chase moving.In addition to taking three catches and returning bowling figures of 1-25 in India’s 181-7, Nawaz was named man of the match.

Nawaz told reporters after his team’s victory in the regional T20 tournament on Sunday that “playing such an innings in a high-pressure game has definitely given me confidence.” The tournament serves as a warm-up for the World Cup in October.”I have the chance to develop as a player, and I’ll do my best to meet the increasing demands.

I promise to put in a lot of effort and strive to be a great all-around player for the Pakistani squad.In the 16th over, Nawaz was out, and Rizwan shortly followed after reaching his second consecutive half-century.