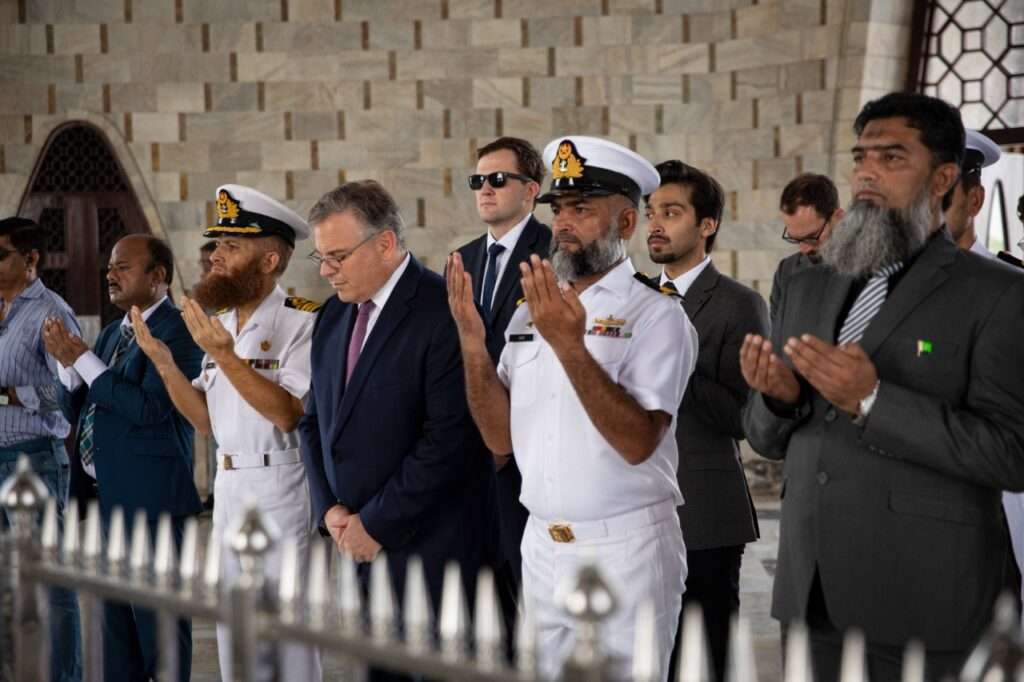 According to US Ambassador to Pakistan Donald Blome, the US shares the Quaid-e-goal Azam’s of a Pakistan of religious tolerance, economic success, and social inclusion that is at peace with itself and its neighbours.

Blome made the statement during a visit to the mausoleum of Quaid-e-Azam Muhammad Ali Jinnah on Thursday, when he congratulated Pakistan on its 75th anniversary of independence on behalf of the American people. On behalf of the US Embassy in Islamabad, he laid a floral wreath at the mausoleum and signed the guestbook.

“It was an honour for me to be there to pay my respects and commemorate his legacy,” Blome added.Later, he visited the mausoleums of Pakistan’s first Prime Minister, Liaquat Ali Khan, and Jinnah’s sister, Fatima Jinnah. He went on a tour of the adjacent museum, admiring the artefacts relating to the life of Quaid-e-Azam Muhammad Ali Jinnah.