Roze News Sci & Tech Before the US midterm elections, TikTok will crack down on influencers’ paid political messages
Sci & Tech

Before the US midterm elections, TikTok will crack down on influencers’ paid political messages 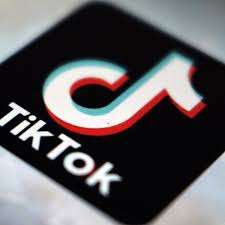 As part of its preparation for the US midterm elections in November, TikTok will strive to prohibit content producers from uploading paid political messages on the short-form video app, the firm announced on Wednesday.

Politicians and others accuse Twitter, Meta Platforms, and TikTok of not doing enough to stop the spread of false information and polarising material on their platforms.TikTok’s 2019 ban on paid political advertisements has been circumvented by campaign strategists by paying influencers to promote political agendas.

By hosting briefings with creators and talent agencies to remind them that posting paid political content is against TikTok’s guidelines, the company hopes to close the gap, according to Eric Han, head of US safety at TikTok.

He continued by saying that in addition to internal teams working on trust and safety, the company would also rely on media reports and outside partners to find infringement materials. Internal teams will also be on the lookout for signs that authors are receiving payment to post political information.

Young parents are unable to manage their children’s screen use, according to a study