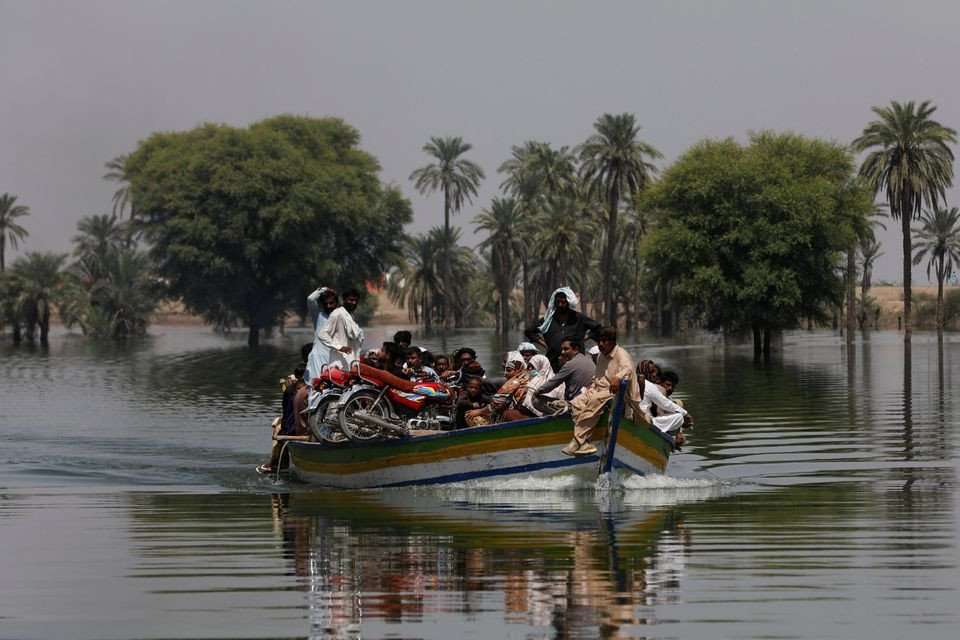 The right bank of the river should return to normal as soon as the lake’s water level drops, said Sindh Irrigation Minister Jam Khan Shoro in confirmation of the claim. He claimed that the water entering the Indus River was flowing quickly.

It was also claimed that some internally displaced people (IDPs) have started returning to their villages.

A volunteer at a ladies’ college in Qasimabad, Hyderabad, The Manchhar Lake’s water level was 120 feet as of today at noon, according to records.

Families in Pakistan have been split up by the extraordinary flooding, which has also caused distressing relocating due to climate change.

In addition to causing a staggering loss of Rs350 billion ($1.5 billion) to agriculture and another Rs50 billion ($221 million) to animals, the recent downpours, which were 500% above average, and significant flooding have rendered 125 million people homeless in Sindh alone.

Biden claims that the US COVID pandemic “is over”