The number of fatalities in Balochistan has now reached 250 after at least two additional persons were confirmed deceased in the course of the last 24 hours due to incidents brought on by rain and flooding.In its report, the Provincial Disaster Management Authority (PDMA) reported that two persons had died, bringing the total number of fatalities in the province since June 1 to 250.

There are 73 children, 60 women, and 117 men among the dead.The three cities with the most fatalities were Quetta (27), Lasbela (21) and Pishin (17).In addition, 110 people have been hurt in various accidents throughout the province’s rainy season.The PDMA report claims that 61,718 homes in Balochistan have been destroyed as a result of torrential rain and flash floods.Floods have taken 145,936 animals with them. Two lakh acres of standing crops were destroyed in the meantime.

According to sources, water has flooded Jaffarabad’s Osta Muhammad tehsil.The Bhind neighbourhood of Sohbatpur is also experiencing severe flooding, with streets and homes being inundated.In the meantime, Naseerabad has once more begun to experience a wet spell.According to government statistics, 1,136 people have passed away nationwide since the start of the monsoon season in June.

The final toll, however, might be higher given that hundreds of towns in the hilly north are now shut off after roads and bridges were wiped away by floodwaters.The country’s already troubled economy sustained damage from the flash floods totaling at least $10 billion, according to Miftah Ismail, minister of finance, on August 29.

Miftah stated in a media interview that they were just early conclusions and might alter following field research. According to Miftah, he does not currently have information on the losses sustained by each industry

Flooding poses a threat to food security, according to Ahsan Iqbal 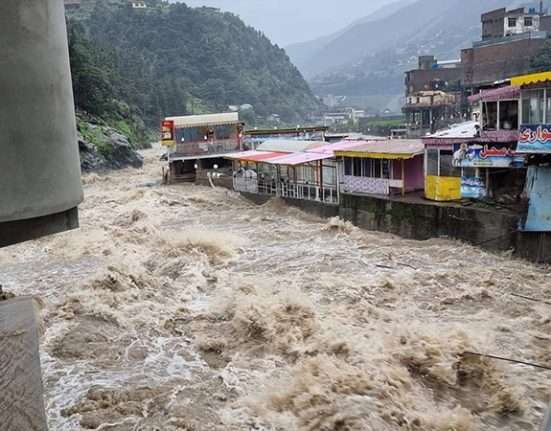