Water level starts to recede in certain areas of Sindh as the overall death toll approaches 1,500 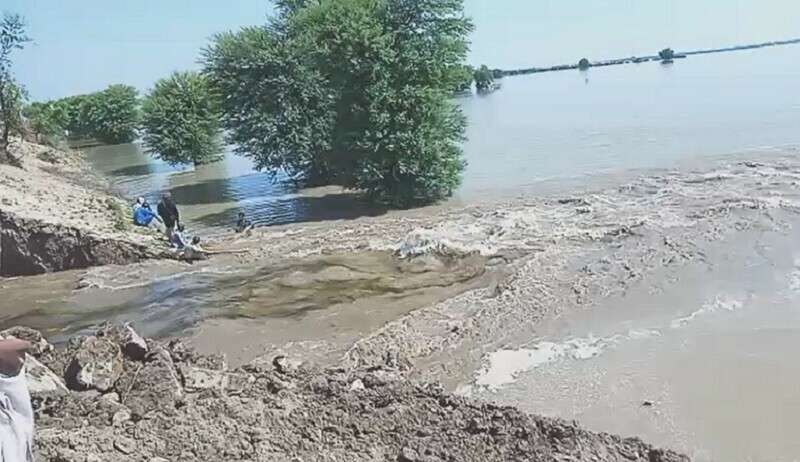 On Thursday, when officials reported the intensity of the floodwaters had also somewhat decreased in Dadu district, the water level in the Main Nara Valley Drain (MNVD), also known as Right Bank Outfall Drain-I, at RD-10 upstream Manchhar Lake, began to decline.

They declared that they would keep careful surveillance on the drain, however, in order to avert any emergency because they would not take any chances.

Since June 14, 33 million people have been devastated by floods caused by unprecedented monsoon rains and glacial melt in the mountainous north, killing 1,486 people and causing $30 billion in damage to houses, roads, railways, cattle, and crops.
Government officials and UN Secretary-General Antonio Guterres have both attributed the harsh weather that caused the flooding that buried roughly a third of the nation to climate change.

Manchhar Lake in Sindh, the largest freshwater lake in the nation, has seen a rise in water levels recently as floodwaters from the north and hill torrents from Balochistan move southward, leaving a trail of devastation and fatalities in their wake.

In Sindh, flooding has rendered hundreds of thousands of people homeless, and many of them have taken to sleeping by the side of elevated highways to stay dry.