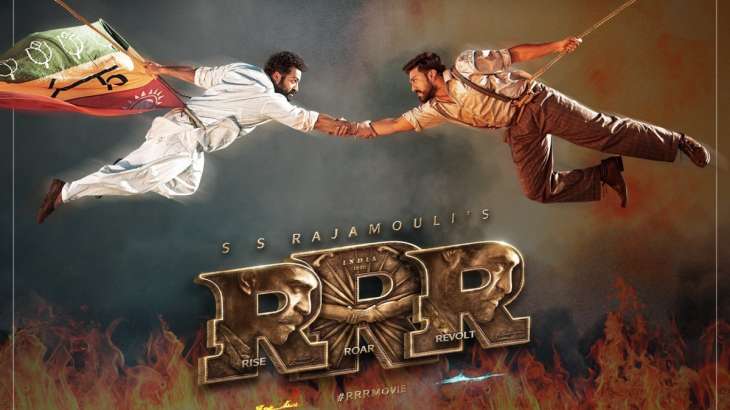 The well-known Saturn Award has been given to the popular movie RRR, directed by SS Rajamouli, in the category of Best International Film.After learning of their triumph, the movie’s producers, DVV Entertainment, posted on their social media pages, “We RRR pleased to receive the esteemed #SaturnAward for the Best International honour!!”

The entire #RRRMovie team is grateful that the jury liked our movie.A video by Rajamouli was also released as he accepted the honour. “I am thrilled that our movie RRR won the Saturn Award for Best International Film,” he continued.I appreciate the jury on behalf of our entire team. We are ecstatic. This is also my film’s second Saturn Award. I won my first prize for Baahubali: The Conclusion. I wish to extend my congratulations to the other winners.

Ram Charan, who portrayed the hero, fell down in tears during a screening of the film in Japan and said, “I could still see so many sentiments in this room, which is getting me sad.This is extremely kind and considerate of you. This is something I won’t soon forget. They say that when you’re emotional, you have trouble speaking, and right now, I’m having trouble finding the right words to express my feelings in this situation.

I will bring this love from Japan, as well as the humility, openness, and esteem you all have for one another, Ram continued.RRR possessed a sizable following and received a great deal of worldwide support. It also featured a substantial contribution from actress Alia Bhatt.

British pound debacle increases interest in bitcoin as a hedge