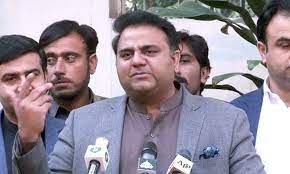 Pakistan Tehreek-e-Insaf (PTI), a political party in Pakistan, has announced plans to start country-wide protests against the government beginning Friday. The party has called for early elections, citing rising inflation, a deteriorating economy, and a shortage of gas as the main reasons for the protests. In the first phase, members of the national and provincial assemblies affiliated with the PTI will lead protests for three weeks in their respective constituencies. After three weeks, the party’s leader, Imran Khan, will join the campaign and the protests will continue until the government is removed from power. The government has rejected the demand for early elections, citing current challenges such as floods, a census, and delimitation as reasons why elections cannot be held before October. The PTI’s plans to dissolve the assemblies of Punjab and Khyber Pakhtunkhwa have not yet been realized. The PTI and its ally, the Pakistan Muslim League-Quaid, claim to have a majority of 190 lawmakers in the Punjab Assembly and are considering a vote of confidence. The party has rejected the possibility of a technocrat government and has called for snap elections as the only solution to the country’s problems.

Worrying signs that your fatty liver is getting worse