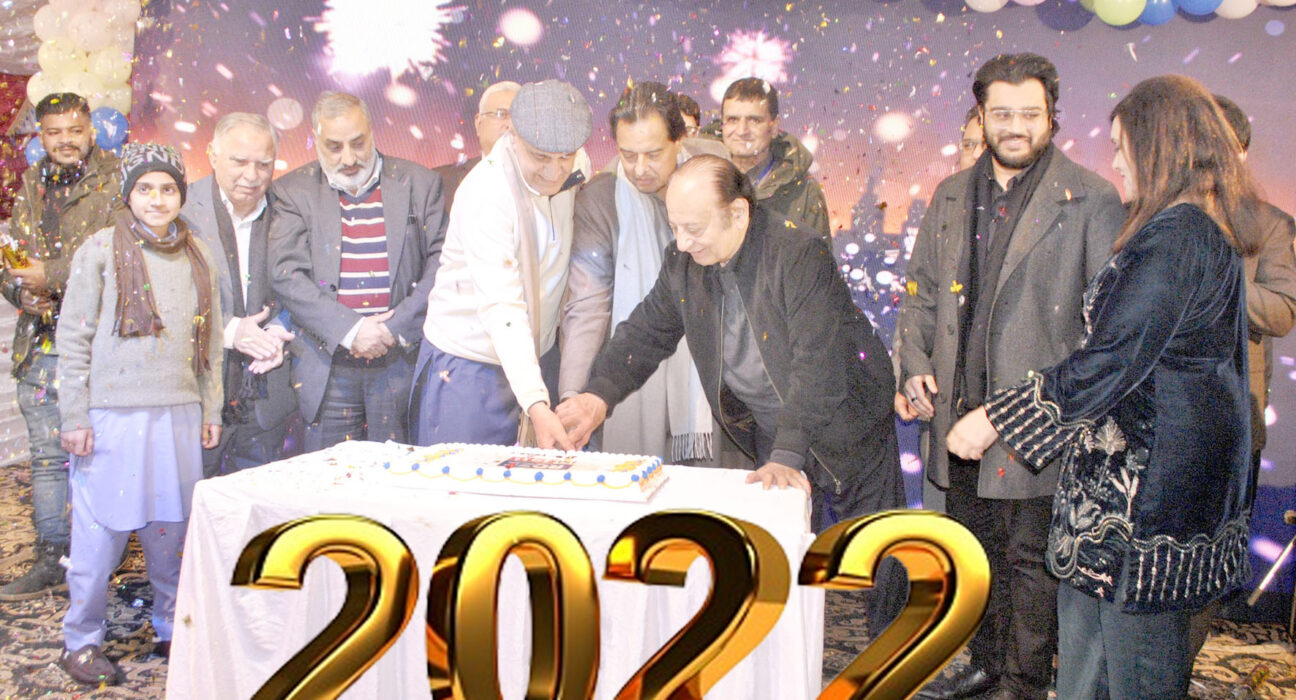 “The Roze NEWS will be providing a detailed, month-by-month account of the significant events and changes that occurred during 2022, including political developments, regime change, and widespread discontent with the political system and its institutions, in a special report titled “2022 in the Eyes of The Patriot”. This year has been marked by its ups and downs, and we aim to provide a comprehensive overview of how it unfolded.”

In January 2022, a snowstorm in Murree, Pakistan caused the deaths of 23 tourists and left many others stranded. The storm caused hotel prices and food costs to increase significantly. On January 20, 2022, a bomb exploded in Lahore, Pakistan, killing at least three people and injuring over 20 others. The attack was claimed by the Baloch Nationalist Army and was criticized by many. In February 2022, the Pakistan Peoples Party led an ongoing anti-government long march in Karachi.
In March and April of that year, the Australian cricket team visited Pakistan to play several games as part of the ICC World Test Championship and the ICC Cricket World Cup Super League. The tour was well-received by both Pakistani and Australian players and was seen as a positive development for international cricket in Pakistan.
On March 8, 2022, opposition lawmakers in Pakistan presented a resolution in the National Assembly to remove Imran Khan from power, citing allegations of bad governance, political victimization of opponents, and mismanagement of the economy and foreign policy. Khan claimed that the United States had issued a “threat” to remove him from office and accused the US of orchestrating a “international plot” for regime change in Pakistan. The US administration denied these allegations and stated that they had “absolutely no veracity.” Khan’s party also claimed that there was a link between regime changes and the United Nations’ Ukraine Resolution. Russian officials criticized the alleged interference as a “disgusting crime.”
Pakistani constitutional crisis:

In April 2022, Pakistan experienced a political and constitutional crisis when the National Assembly Deputy Speaker dismissed a no-confidence motion against Prime Minister Imran Khan. Khan subsequently advised the President to dissolve the National Assembly, which was deemed unconstitutional by the Supreme Court of Pakistan. The National Assembly reconvened and passed the no-confidence motion, leading to Khan’s removal from office. Shehbaz Sharif was elected as the new Prime Minister, with his cabinet taking their oaths of office in April. In May, the Sri Lanka women’s cricket team travelled to Pakistan to play against the Pakistan women’s cricket team in a series of matches. In August, Imran Khan led a protest march against the current government, which ended with clashes between protesters and police. In November, Pakistan faced a severe energy crisis due to a shortfall in the production of electricity. The crisis led to widespread protests and calls for the government to address the issue.

On December 12, Roze News, a Pakistani news channel, celebrated its 12th anniversary and inaugurated Roze Excel, a platform for delivering educational content to the public. The launching ceremony was attended by various government officials, including the federal minister for education and the chairman of the Pakistan Electronic Media Regulatory Authority, who congratulated the chief editor and chairman of Roze News, SK Niazi, for his efforts in education. On December 19, terrorists seized control of a Counter Terrorism Department facility in Bannu, holding interrogators hostage and demanding safe passage to Afghanistan, while four police officers were killed in a separate attack in Lakki Marwat. The situation was eventually resolved when the Pakistan Army carried out an operation, in which 33 terrorists were apprehended and two commandos were killed. On December 23, the Punjab Governor de-notified the Chief Minister, Parvez Elahi, stating that he did not have the support of a majority of the members of the Punjab Assembly. However, the Lahore High Court later restored Elahi and his cabinet, on the condition that he would not dissolve the legislature until the next court hearing on January 11. On the same day, a suicide bomber attacked occurred in Islamabad, resulting in the death of a police officer and the injury of eight others. In addition, a grenade attack on a police checkpoint in Quetta killed two police officers and injured seven others.