Pakistan reports 459 new cases of COVID-19 each day, with 0 fatalities 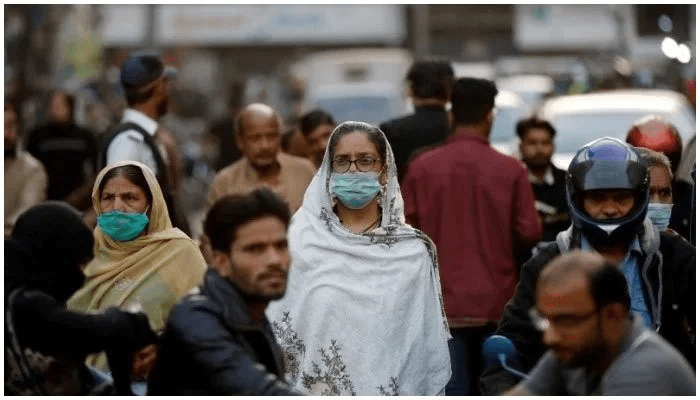 As 459 new cases of the virus were reported in the past 24 hours, the nation’s COVID-19 positivity ratio slightly increased, according to the National Institute of Health. The most recent NIH figures show that, during the previous 24 hours, 16,419 diagnostic tests were performed, of which 459 were positive.

The NIH data showed that the COVID-19 positivity ratio was 2.80%, yet it was still a good day for Pakistan because there were no COVID-19-related fatalities reported there. According to the NIH, 163 COVID-19 patients are still being treated at various hospitals around the US in critical care units.

Due to escape changes that give them an advantage, two sub-variants of the Omicron variant known as BA.4 and BA.5, according to specialists, are responsible for the present rise of COVID-19 cases in Pakistan.

They assert that those who have previously had a vaccination or who have already contracted COVD-19 have been exposed to the sub-variants, but there is no evidence to support their assertion that these people are experiencing a major illness as a result of the sub-variants.

The number of active COVID-19 cases in Pakistan has surpassed 10,000 once more