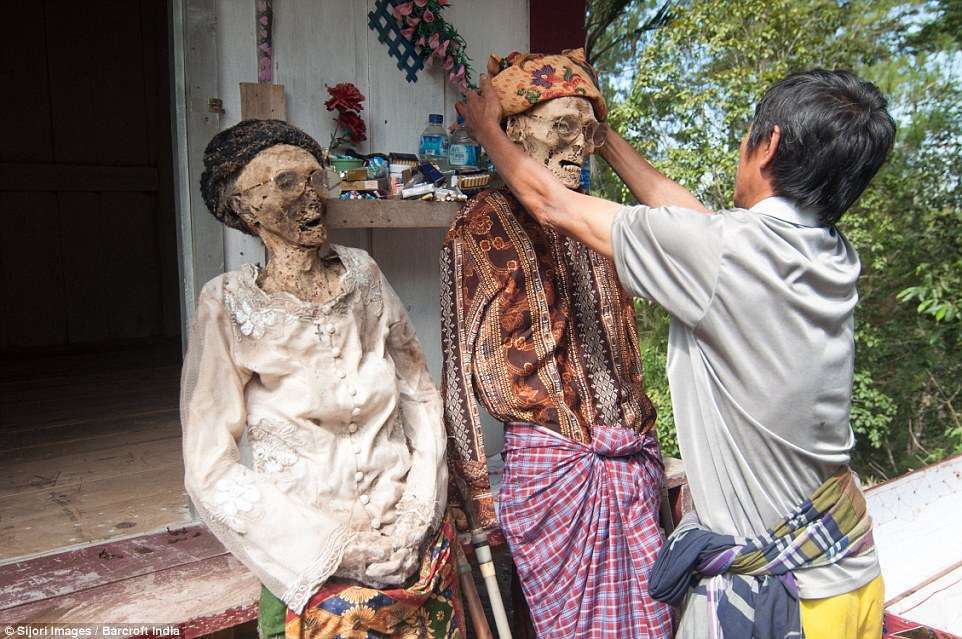 TIKALA, INDONESIA: While another clan tries to put one of their oldest ancestors in khakis and a shirt, a family on an Indonesian island poses for a picture with an older member who is unable to grin.However, the oldest generation has passed away and is no longer living in a nursing facility or harbouring resentment toward their younger relatives.

Residents of two small settlements on the island of Sulawesi in Indonesia are enjoying the Manene, a multi-day ritual.In the town of Torea, hundreds of corpses are exhumed and dressed as part of a tradition to honour their spirits and make offerings.

One of the family members, Sulle Tosae, said, “When we do Manene, we would start by opening the grave chamber and cleaning it and its surroundings.”The bodies would then be dried in the sun before being dressed, he continued.They take coffins containing their loved ones’ preserved bodies out of a burial cave built into the mountainside.