Roze News Sport In the French GP practice, Sainz is ahead of Leclerc in the Ferrari one-two
Sport 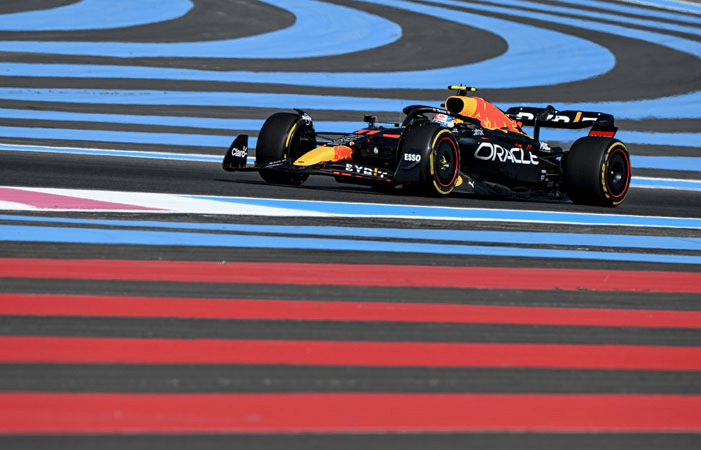 LE CASTELLET : Friday’s second practice for the French Grand Prix was dominated by Ferrari, with Carlos Sainz finishing ahead of Charles Leclerc and ahead of Red Bull’s Max Verstappen, who is now leading the championship.

In a closely fought practice in the strong daylight, the Ferrari duo traded fastest laps. Sainz made light of the possibility of a 10-place grid penalty for Sunday’s race after utilizing new power-train components. The Spaniard, who earlier this month won his first race at the British Grand Prix, turned in the best lap time of one minute, 32.527 seconds, edging out his Monegasque teammate by 0.101 seconds.

In the two recently modified Mercedes, Verstappen finished a respectable third, ahead of George Russell and Lewis Hamilton. The teams adjusted to the heat – the track was 50 degrees and the air was 34 degrees – in front of a large holiday crowd during the continuous and fairly uneventful session.