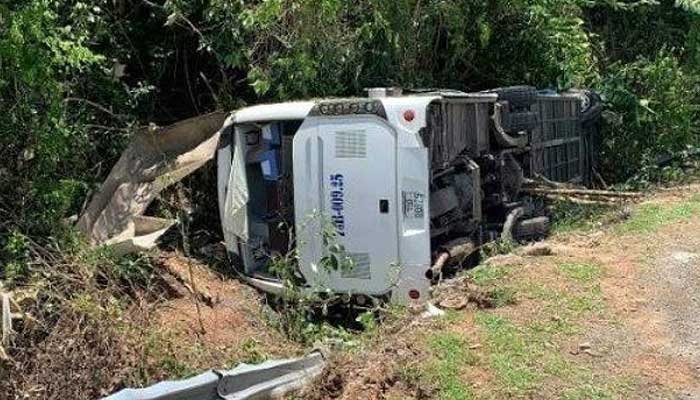 BEIJING: A bus accident in the mountainous Guizhou province of southwest China resulted in the deaths of 27 persons and the injuries of an additional 20, according to a statement from the local police.
Authorities claim that the event occurred early on Sunday in Sandu county, which is about 170 kilometers (105 miles) southeast of Guiyang, the provincial capital.

The bus was carrying 47 passengers, and the 20 injured were receiving care on Sunday, according to the authorities.

At least 27 people lost their lives in a bus accident in China.
The tragedy happened when the bus overturned on a route in the mountainous Guizhou province of southwest China.
The collision damaged 20 passengers.