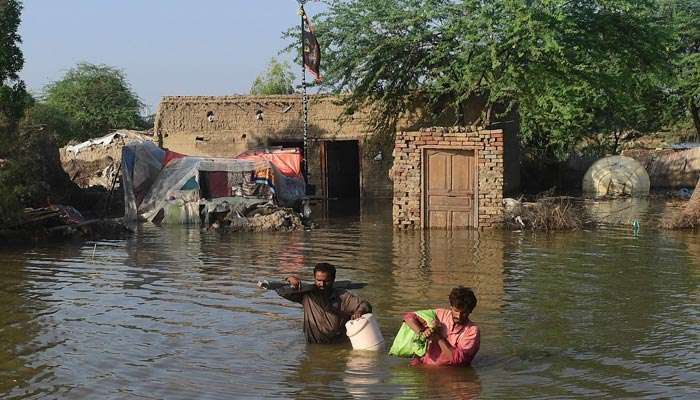 ISLAMABAD: After disastrous floods claimed the lives of more than 1,200 people and wrecked millions of homes, Pakistan promised on Saturday to restore “normalcy” and help those in need.Along with military representatives, Minister for Planning Ahsan Iqbal appealed for assistance for Pakistan in a press conference at the National Flood Response and Coordination Centre.

He also gave the people of Pakistan the assurance that the government, with the help of its functionaries, would do everything possible to restore normalcy as soon as possible.The planning minister also urged the international community to maintain their commitment to aiding Pakistan because the disaster’s scope demands a significant humanitarian effort.

According to data from the National Disaster Management Authority (NDMA), as of September 3, 1,265 people had died, 12,577 had been hurt, 735,584 animals were left to fend for themselves, and 1,427,039 homes had suffered damage.In Balochistan, Khyber Pakhtunkhwa, Sindh, and Punjab, there are currently more than 500,000 people living in relief camps as a result of internal displacement.

Iqbal stated during the press conference that although Pakistan only emits 1% of carbon emissions and is the seventh most vulnerable country to climate disasters, it was not to fault for one of the biggest disasters brought on by climate change.Devastating floods have broken out across the nation as a result of rainfall that is more than 500% above average.