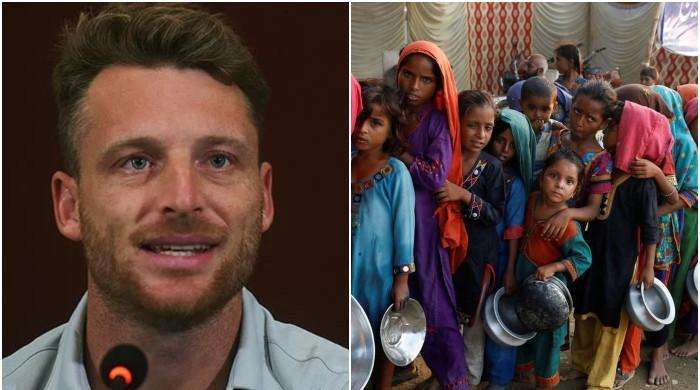 Today’s arrival of the English team in Pakistan for the seven-match T20I series.

After landing, Buttler told the local media that the team’s thoughts were with the flood victims in Pakistan.
. We are happy to be helping cricket during these difficult times., we are grateful to be supporting cricket. As a group, we will give donations that will be matched by the ECB in an effort to put in a little work “He revealed.

Later, ECB provided details regarding the donation process for disaster relief.
“Our thoughts are with all those who have been impacted by these catastrophic floods in Pakistan,” an ECB official stated.

We hope that this series will help keep the incident in the public eye and inspire viewers in the UK and other countries to support those affected wherever they can. The England Men’s team has chosen to donate to the Disasters Emergency Committee appeal in support of the humanitarian relief effort, and the ECB will also be matching this donation.