With a temperature of 53°C on Friday, Death Valley in California recorded the hottest September Day ever recorded.The following five days of heat are anticipated to linger until the Labor Day weekend on September 5.The US National Weather Service has issued a “warning of excessive heat.”She continued by saying that because sweat evaporates quickly in dry heat, it might be difficult for people to recognise when they are dehydrated or overheated.

The National Weather Service predicts that this year will see the breaking of more than 100 records across the nation.A heat dome, which is a high-pressure system that generates heat across an area, is to blame for the state’s excessive heat and rising temperatures.

Studies have repeatedly demonstrated that heat waves are caused by human activity. Gavin Newsom, the governor of California, issued an emergency declaration in light of the circumstances.Mother Nature has “outrun us,” he claimed. He continued by saying that because of the tremendous flooding and droughts that the earth is currently experiencing, mankind are living a life of “extremes.”

California has advised owners of electric vehicles not to charge their vehicles due to the possibility of power outages. Additionally, the state has established some public cooling centres. 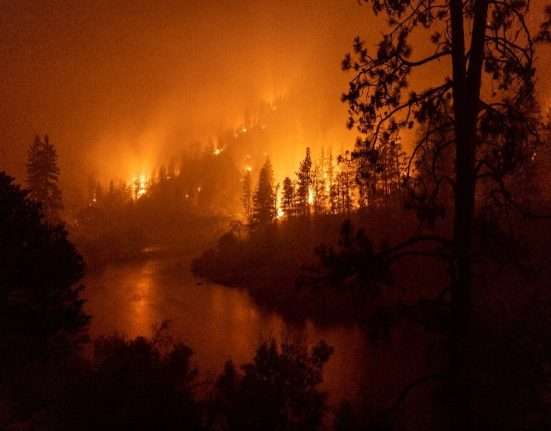 Two people are killed in California’s biggest wildfire of