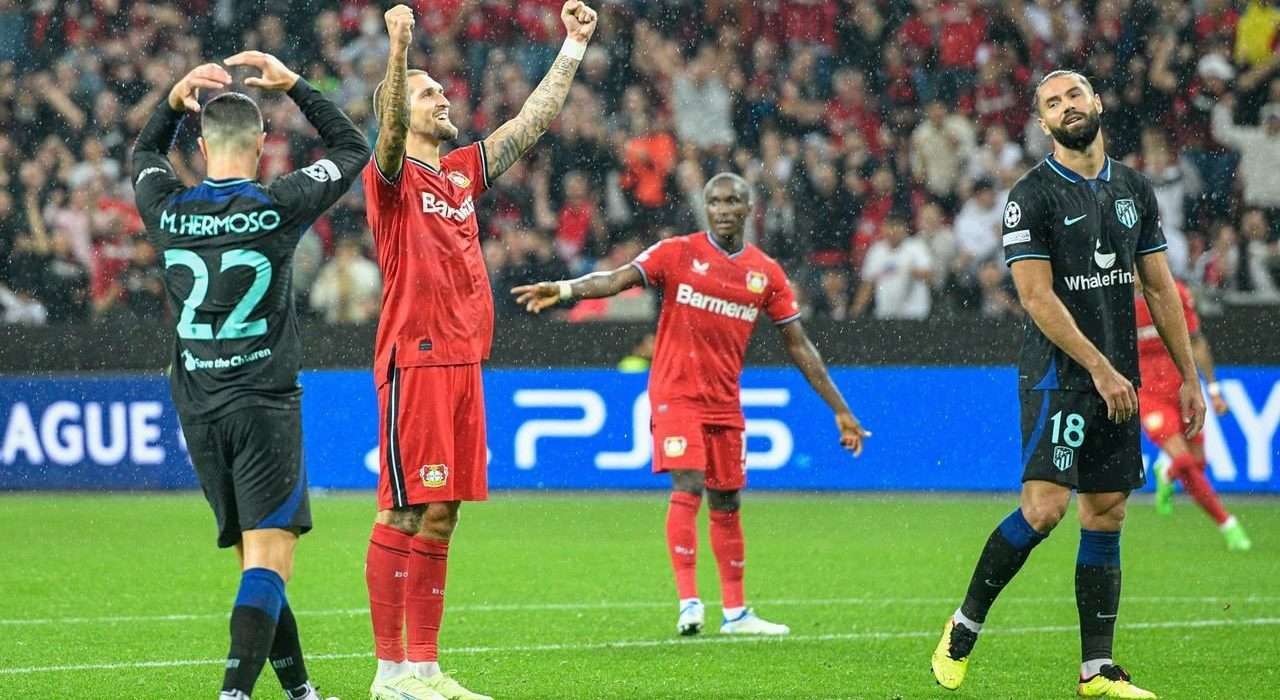 LEVERKUSEN: Due to late goals from Robert Andrich and Moussa Diaby, Atletico Madrid unexpectedly lost 2-0 to Bayer Leverkusen in the Champions League on Tuesday.After Leverkusen scored twice in the final six minutes to record only their second victory of the year and go ahead of Atletico into second place in Group B, the Spanish team was left in disarray.

“The team has made me very happy. Getting a win against a team like Atletico will be very beneficial for us, especially given the phase we are currently in “Jonathan Tah, a defender for Leverkusen, stated that his team had lost six out of its first nine games this season across all competitions.We thought we had the situation under control, but then they launched two counterattacks, he claimed.

“We need to be honest with ourselves. We should have offered more today.”After considerable debate with the video assistant referee and despite the fact that the ball appeared to have struck Tapsoba’s extended arm in the box.The referee simply instructed us to continue playing, Koke continued. “The judge didn’t tell anything about the decision.