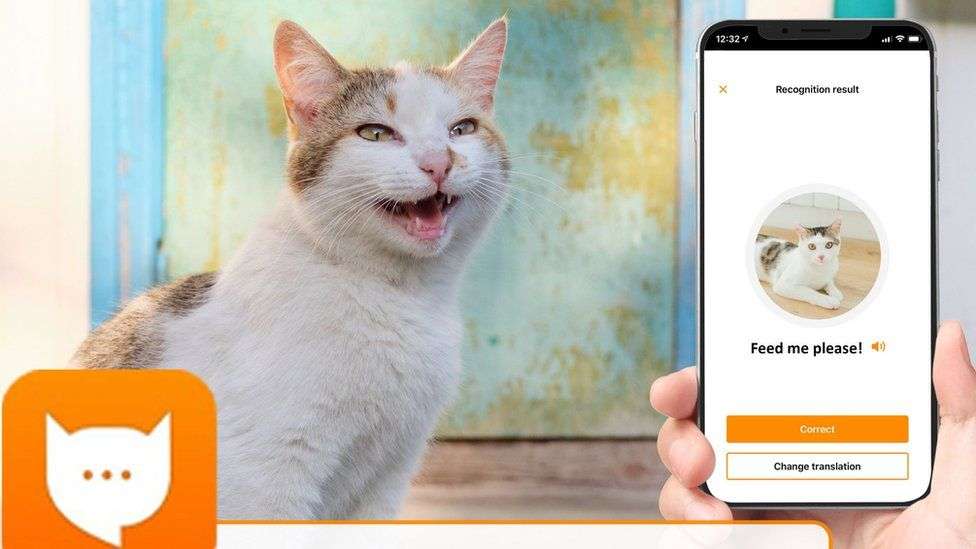 Using artificial intelligence, a new mobile application claims to be able to translate what a cat is attempting to communicate to its owner (AI).While owners can comprehend the emotions of their dogs who are more vocal, it might be challenging to decipher what a cat is trying to say.

MeowTalk uses a smartphone to listen to the meows and translate them into English sentences like “feed me” or “I’m in love,” according to the app’s claims that it will allow people to understand their cats.Every cat, according to the developers, has a unique meow and vocabulary for the messages it wishes to convey.

Cats are said to not necessarily speak a language because they do not use the same meows to communicate the same ideas. They do think that individual cats’ meows can be translated, though, using machine learning.

Since its users claim that owners must adjust to the cat’s person language on their own, MeowTalk is not flawless.A user claimed that users may edit and contribute translations to the programme “to make it more realistic.”

A cat lover questioned, “But if you already know what the meow signifies, why use the app at all?”Regardless, the software amassed 17 million downloads and quickly became a great hit in Japan. There were recorded about 250 million different meows.

IT businesses provide the Alkhidmat Foundation 15 million for flood aid

What can be anticipated tonight at Apple “Far Out” fall event?