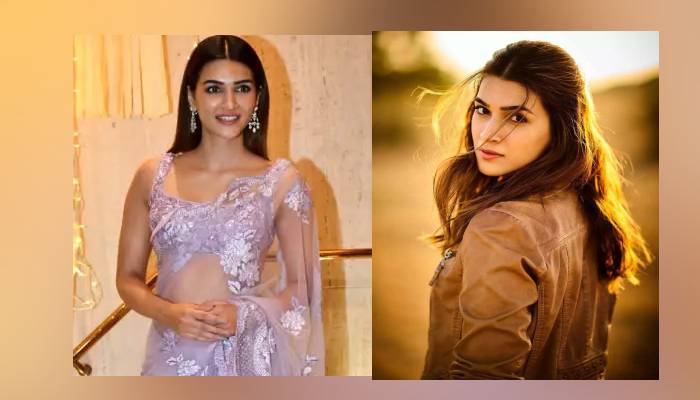 Kriti Sanon recently shocked her followers by releasing a video on a Monday morning in which she looked lovely and incredibly pretty.The Mimi star posted a photo of herself wearing a “saree” to Manish Malhotra’s star-studded Diwali party on Instagram.

The actress appeared in a brief video wearing a glittering, lilac saree created by renowned fashion designer Malhotra. It looked contemporary and was covered in numerous purple and silver ornaments.

It’s interesting to note that Kriti Sanon demonstrated her style while dancing to the classic song in a video.Did I tell you that the saree is my favourite outfit? the Luka Chuppi actress added in the caption. And that I adore older music?”

Malhotra’s “beautiful” creation of traditional sarees was also lauded by Kriti in the post.Over 51 million fans showered the actress with love as soon as she shared her outfit, dropping emoticons in the form of fire and hearts in the comments.

One commenter said, “So beautiful you look.”

The actress is presently promoting her forthcoming film Bhediya with Varun Dhawan on the work front.

In development were the films Adipurush, Ganapath, and Shehzada.