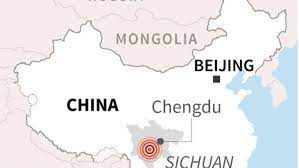 A strong quake in southwest China claims 21 lives Intense vibrations in a distant area damaged homes and caused power outages in certain areas as a result of a severe earthquake that slammed southern China on Monday, according to official media. At least 21 people were confirmed dead.

According to the US Geological Survey, the magnitude 6.6 earthquake struck at a depth of 10 kilometers around 43 kilometers (26 miles) southeast of the city of Kangding in Sichuan Province.

Buildings in the nearby megacity of Chongqing and the provincial capital of Chengdu, where millions of people are confined to their homes under a severe Covid lockdown, experienced tremors, according to locals.

Buildings in Chengdu, the provincial capital where millions of people are confined to their homes under a stringent Covid lockdown, and in the adjoining megacity of Chongqing were shaken by tremors, according to locals.

“I felt it quite strongly. My downstairs neighbors reported feeling it extremely noticeably, “Chen, a local of Chengdu, remarked.

But because Chengdu is currently undergoing epidemic management, she said, “people aren’t allowed to leave their home compounds, so many of them raced out into their courtyards.

According to CCTV, at least one town has experienced “serious damage” as a result of mountain landslides brought on by the earthquake.

The extremes of summer

A magnitude 8.0 earthquake in Sichuan’s Wenchuan county in 2008 killed tens of thousands of people and left behind extensive devastation.

Following two earthquakes that occurred in southwestern China in June, at least four people died and numerous others were hurt.

A shallow 6.1-magnitude shock occurred that month and struck a sparsely populated region around 100 kilometers west of Chengdu.

Three minutes later, a second quake with a magnitude of 4.5 struck a neighboring county, causing fatalities and injuries.

On Sunday, authorities in Chengdu prolonged the city’s lockdown as they battled an outbreak of Covid involving hundreds of cases. 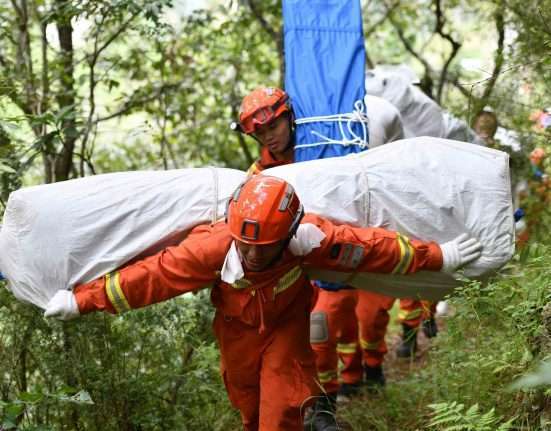 Rainstorms and mudslides hinder the rescue effort for the