Roze News International Pope Benedict XVI, the former leader of the Catholic Church, has died at the age of 95
International

Pope Benedict XVI, the former leader of the Catholic Church, has died at the age of 95 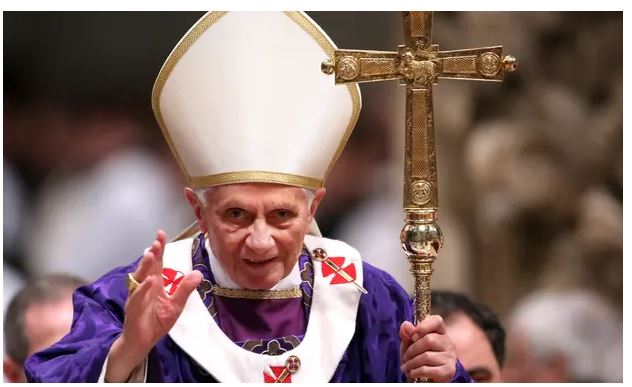 He served as pope from 2005 until his resignation in 2013. Pope Francis, his successor, will preside at Benedict’s funeral on Thursday, and his body will lie at St. Peter’s Basilica from Monday to allow the faithful to pay their respects. Benedict’s death marks the end of an unusual period in which two popes coexisted, a situation that had caused tension within the Vatican. His death also makes it easier for Pope Francis to consider whether to retire in the future. Benedict, whose real name was Joseph Aloisius Ratzinger, was known for being a conservative pontiff, but his tenure was overshadowed by sexual abuse scandals within the Church. He had a mixed reputation when he retired.

Pope Benedict XVI had strong and uncompromising views on homosexuality and contraception, and opposed liberation theology, a movement that advocated for social activism among the poor. In 2013, he suddenly resigned as pope at the age of 85, becoming the first pope to do so since the Middle Ages. He cited his inability to fulfill the responsibilities of his position and took the title of Pope Emeritus, pledging to live a private life of prayer in a monastery in Vatican City. Despite his retirement, he remained a powerful conservative influence and a focus for those opposed to Pope Francis’s efforts to reform the Church and shift its focus to serving the poor. He expressed his views through letters, articles, and interviews, and in 2019 published a letter claiming that the sexual abuse crisis in the Church was due to a collapse of faith rather than a problem of morality within the Church.

In January 2020, Benedict publicly defended clerical celibacy, as Francis was considering allowing married men to become priests in limited circumstances. “I cannot keep silent,” he wrote in a book, From the Depths of Our Hearts: Priesthood, Celibacy and the Crisis of the Catholic Church, arguing that priestly celibacy protected the mystery of the church.

The controversy, which erupted just before The Two Popes – a film about the apparently warm relationship between Benedict and Francis – was aired on Netflix, exposed tensions between rival Vatican camps.

It has been reported that The Legend of Maula Jatt will not be released in India.