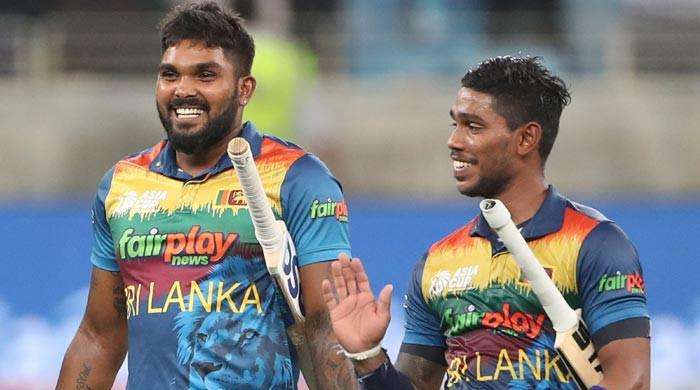 Both teams have already qualified for Sunday’s title fight in the Twenty20 World Cup warm-up tournament in October and November.

Hasaranga notched his 3-21 figures with a leg spin and helped Sri Lanka, Pathum Nissanka (55 knots out) and Banka Rajapaksa (24) set key 51s for the island nation to score with three overs to go.

It was the Sri Lankan bowlers who started dominating the team when the fast bowler’s debut, Pramod Madhushan, scored in the first over.

He sent Mohammad Rizwan, who was second only to Virat Kohli on the tournament’s run-scoring list, back to the pavilion with 14.

Babar, who had struggled in the tournament with 10s, 9s, 14s, and 0s in the previous innings, started with an excellent four-point straight drive but failed to produce a game-winning result.

Pakistan continued to drop wickets and Hasaranga finished the spell with two straight wickets to smooth out Pakistan’s batting, surviving just 19.1 overs despite a 26 late cameo from Mohammad Nawaz.

His Mahesh Theekshana and Madushan of spinners each took his two wickets.

Mohammad Hasnain got his team off to a dream start when on his second ball of the inning he took out Kusal Mendis with a duck on the first ball. Fast colleague Harris Rauch took one wicket each in the first two overs, sending Danushka Gunatilaka free and Dhananjaya de Silva back for nine.