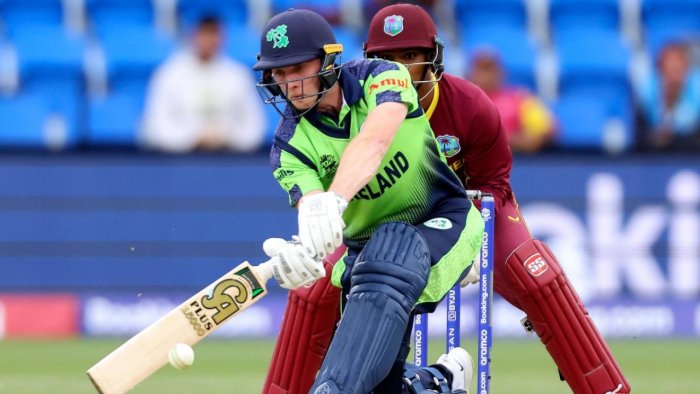 MELBOURNE: On Friday, Ireland thrashed West Indies by nine wickets in Hobart to move to the Super 12 round of the T20 World Cup and eliminate the two-time winners. Paul Stirling struck a brilliant half-century in that match.On a foggy afternoon at Bellerive Oval, the big redhead’s unbeaten 66 from 48 balls helped Ireland thrash […] Ireland defeated Afghanistan 3-2 in the five-game Twenty20 international series with a close victory in the last and fifth rain-delayed match on Wednesday at Stormon. After Ireland was given a revised target of 56 in seven overs, George Dockrell scored the winning run with two balls remaining, giving the hosts a seven-wicket victory and a […]